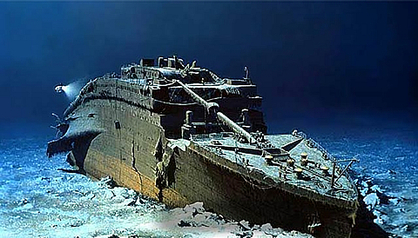 The wreck of the RMS Titanic
Where is it now?
To this day the RMS Titanic still remains in the same spot it sunk to that fateful night on April 15, 1912.  Many have considered ways to retrieve the wreck from the bottom of the ocean but it has been deemed a very difficult task.  The ship is also now a registered grave-site by the Canadian Government, therefore all excavations must be allowed by the government in order for any parts of the ship or items to be brought back to surface.  Many memorial sites exist today, which honor the Titanic and those who lost their lives in the disaster, in countries who suffered great losses from the disaster for example England, Ireland, and America to name a few.  Museums all around the world also contain artifacts that were approved to be removed from the wreck in order to obtain further knowledge of the event.
The Titanic is located 1,250 miles from New York, its original destination.  The ship split into two pieces, happening near the surface before completely sinking.  Both pieces are located about 1/3 of a mile apart off of the coast of Newfoundland.  The wreck lies 12,000 feet below the surface, a level with pressure over 6,500 pounds per square inch.  It was not until September 1st, 1985 when a French-American expedition, headed by Dr. Robert Ballard of the Woods Hole Oceanographic Institution of the U.S. and Jean-Louis Michel of France, was the first to actually discover the Titanic wreck.  To discover the wreck Ballard used underwater military machines that were able to survey the land and send pictures back to the main ship.  Ballard had practiced his use of these machines by researching two sunken submarines in the Atlantic Ocean.  Eventually the Titanic was seen for the first time in 73 years since its sinking when Ballard's machines successfully discovered and photographed the scene.  It was not until 1986 that submarines were used to take humans to the ocean floor to see the Titanic with their own eyes.  Since its discovery many approved expeditions have recovered hundreds of artifacts from the Titanic's wreck that are now displayed at museums and memorials worldwide. 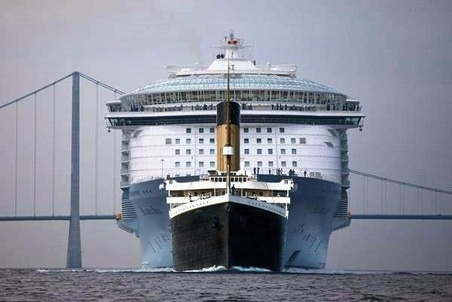 The RMS Titanic in comparison to today's largest ship
Size Today
Although at the time of its voyage the RMS Titanic was the largest ship in the world, when the ship is compared to today's modern cruise ships it actually appears to be quite small.  Of course the advances in technology that have occurred over the course of the century have permitted these larger ships to be created.
Today when compared to one of the current largest ships in the world, the Titanic is five times smaller than it.  The Titanic being 173 feet tall and 893 feet long is viewed as small compared to one of the largest ships being 1,187 feet long and a height of 213 feet from the water line.
How it Affects Us
The International Convention for Safety of Life at Sea began passing new laws and regulations in 1914 in response to the sinking of the RMS Titanic.  Both the British and American Boards of Inquiry made suggestions toward these new regulations.  One act passed by the U.S. Government was the Radio Act of 1912, which stated that all passenger ships should have radios operational 24 hours a day and they must have some sort of back up battery to prevent any ship from missing a distress call.  This act also required ships to remain in contact with nearby vessels.  A final piece of the act stated that any rockets, specifically red, that were launched from ships would be viewed as a distress signal.
The sinking also led to the creation of the International Ice Patrol.  It is part of the United States Coast Guard which monitors icebergs daily and reports things such as size and location in order to prevent any threats that the icebergs could pose towards ships passing those areas.  Since the creation of the patrol in 1913 no reported incident or loss of life has occurred because of a collision with an iceberg within the patrol area.
The International Convention for Safety of Life at Sea has passed many recommendations and rulings since the sinking in 1912.  Some of which involve all passenger ships carrying enough lifeboats for all of those on board.  Ships must also conduct mandatory lifeboat drills for passengers as well as mandatory lifeboat inspections to ensure all of the life boats are in proper working order.  Each of these rulings have been passed in an effort to save more lives if another event, such as the one which occurred to the Titanic, were they ever to occur again.
The Convention updates rulings and recommendations over time in order to keep up with advancing technology.  Designs for ships today also require things such as a double hull and higher bulkheads, this was in order to make ships completely watertight.  Today these rules and regulations apply to many if not all ships traveling throughout the world, not just those traveling across the Atlantic.  The tragic sinking of the RMS Titanic was an event that has most likely saved more lives than it had originally lost. 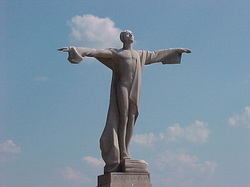 Titanic Women's Memorial, Washington D.C.
Timeline
In 1931, Helen Herron Taft unveils the Titanic Women's Memorial in Washington D.C., a monument to honor the men who died aboard the Titanic.  In the 1997 film, Titanic, Kate Winslet can be seen imitating the pose of this statue on the bow of the ship.  In 1960, the Broadway play was released, The Unsinkable Molly Brown.  The production follows the story of Titanic survivor Margaret Brown.  In 1963, the Titanic historical society is formed.  In 1985, the wreck of the Titanic is discovered on Dr. Robert Ballard's expedition.  In 1987, Titanic Ventures Limited Partnership contracted with IFREMER, a French oceanographic research institute, allowing them to conduct about 60 days of research on the shipwreck.  The expedition team was successful in recovering approximately 1,800 artifacts from the Titanic, recording about 140 hours of video footage, and roughly 7,000 still images of the wreck and the surrounding debris field.  The artifacts were kept in power utility laboratories of the French government.  IFREMER conducted a second research expedition in 1993.  In 1994, IFREMER returned to wreck site to recover more artifacts.  After this expedition, the artifacts were put on display at the National Maritime Museum in Greenwich, England.  A fourth expedition in 1996 was conducted using the most high-tech of modern technology to uncover many of the mysteries of the sinking of the Titanic.  In 1997, the Oscar-winning James Cameron film, Titanic, was released.  A 1998 expedition marks the record for the deepest underwater live broadcast.  The sixth and seventh expeditions of IFREMER to the wreck site of the Titanic occurred in 2000 and 2004, respectively. 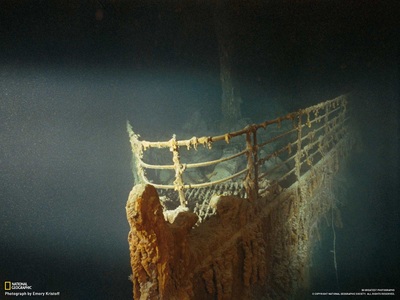 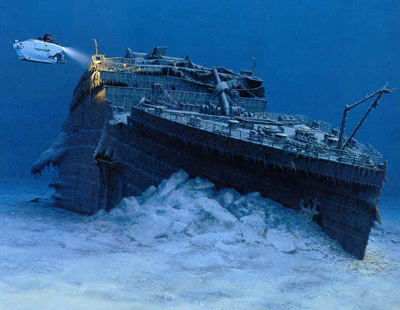 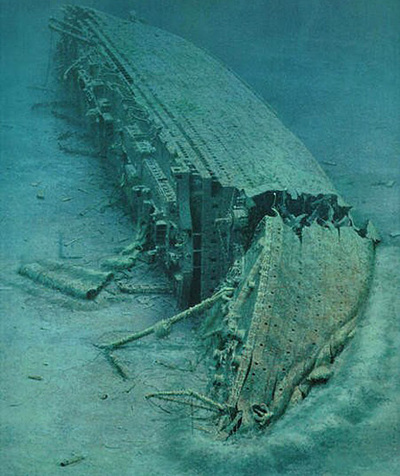