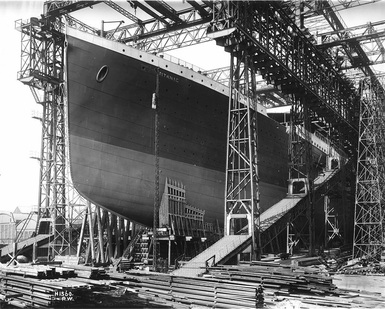 Construction in gantry, 1909-1911
Where was it made?
The British passenger ship, RMS Titanic, was built in the Hartland and Wolff Shipyard in Belfast, Northern Ireland.  The building of the ship began in 1909 and finished in 1912,  built for The White Star Line.  The Titanic was meant to be in the Olympic Class, a new set of White Star Line ships, which were meant to be the most luxurious ships ever created.  The RMS Titanic was designed and created by the naval architect, Thomas Andrews.  3,000 men were employed at the shipyard to help build the Titanic over the course of three years. White Star Line spent almost $7,500,000 dollars on building the Titanic.  At 46,328 tons, The RMS Titanic could hold about 3,500 people at maximum capacity.  A fault in the building and preparation of the Titanic came in passenger safety.  The Titanic only had 20 lifeboats, enough to barely hold 1,200 people.  Therefore, there were not nearly enough to account for all of those on board, especially at maximum capacity.  The reason for the few number of boats was because the owners and investors of the ship felt it would be too cluttered and not as luxurious if more lifeboats were on board.  Some also believed that an excessive number of lifeboats on board would suggest to passengers that the ship was unsafe.

Purposes for the Titanic
The Titanic was not created only to transport people across the Atlantic, but the ship also had other purposes.  Because of its title and its involvement in the White Star Line's Olympic Class, the Titanic was thought of as a luxury ship, something to carry the rich and famous across the Atlantic.  The Titanic however also took passengers of lower means, therefore making it accessible to all classes.  Another purpose of the ship was to transport mail between the United States and Europe, thus its full name RMS Titanic, RMS standing for Royal Mail Ship.  During this time Europe did not have sufficient livestock to support its needs, so the Titanic also served as a way to transport cargo and goods between the United States and Europe.  Even though owned by American interests and though built in Northern Ireland, the Titanic was perceived as a British ship and was meant to uphold a British image and national honor during its journeys across the Atlantic.

Other Titles
At the time many saw the RMS Titanic as the most luxurious ship in the world, strictly because of its size and beauty.  White Star Line claimed that of course the ship was designed not to sink, tabloids later published a claim that it was "unsinkable".  This misconception led to the common nickname of "Unsinkable Ship".  Another popular name for the RMS Titanic was "The Ship of Dreams" mainly because it offered many the opportunity to travel to the United States. 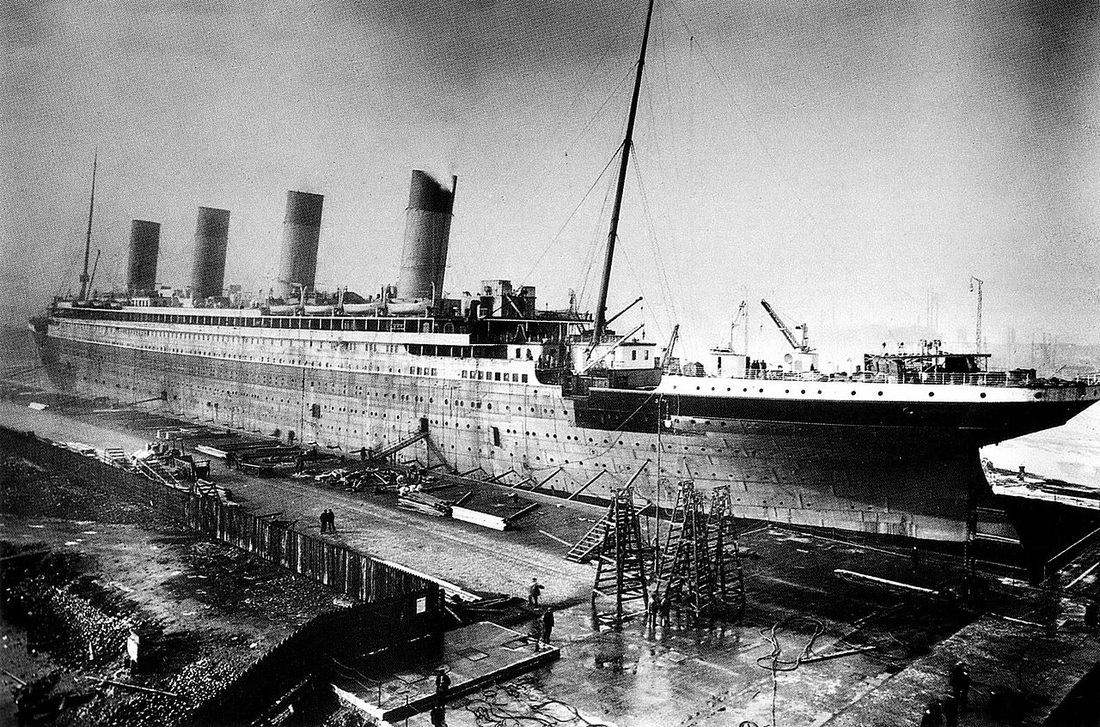